Okay, first it was fish spas, and now it’s frog-licking spas! I thought I’ve seen (and felt) it all until I was in a tiny little historic town of Malacca, Malaysia.

My Croatian friend and I decided to get dinner at a Chinese restaurant. It’s alfresco dining and what I found the strangest is they have an aquarium perched on a table for those who felt like eating frogs. I can’t complain too much because I’ve eaten frog legs in France, Utah, and California. But you can’t help but see them hanging out helplessly in an aquarium before it takes you back to your 5th-grade science class where you were forced to dissect them or get a failing grade.

Oops, I’m derailing… the frogs. So we are about to eat before the Chinese lady saw us checking out the frog aquarium and asked if I’d like to visit their frog-licking spa. I’m thinking, “WTF??” But you can’t help but be curious! So I say, okay, sign me up! I pay her 16 ringgit for a 20-minute session of frog licking my feet.

She guides me to the back of her shop away from the kitchen, and there were four chairs with frog aquariums sitting on the ground. WTF?? Am I supposed to drop my feet in that nasty aquarium? My friend is laughing hysterically as I’m cry-laughing again. See my fish post.

So I sit down, and she washes my feet off first and then rubs it down with some sort of honey asks me to set my feet in an aquarium with about four frogs about the size of my two fists put together. This is SO WEIRD. But, wait, she’s not done! She puts the lid on the top leaving so only my legs were covered and then brings out a jar of flies! No fucking way. She can’t be serious. But before I knew it, she opened the jar of flies and let them all fly out into the frog aquarium! The flies started getting stuck on my honey feet, and then the frogs began going crazy and licking the hell out of my feet trying to catch the flies. OMFG!! Their tongues are like cats! Sandpaper and yet slithery like a snake. This is the most disgusting thing I have ever done. I keep trying to get up but my friend holds me down, and surely after 10 minutes I was out! DONE.

Afterward, she took my feet out and rubbed it down in some aromatherapy water. My feet actually felt really soft like the flies removed all the dead skin. AMAZING!

There is no moral to the story, but if you want to see it in action, you are the weirdest person ever. April Fool’s Day!! 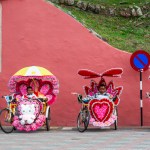 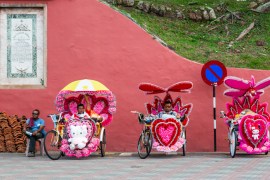 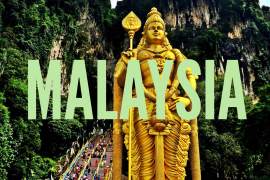 An Adventure Guide to Malaysia