When you think of England, you think of the Royal Family, the Big Ben and the London Bridge. You also think of city tours, double decker buses, and other famous city landmarks that tourists frequently visit. What you probably don’t know is that England also has some of the greatest adventure tours that you have to experience.

The Coast to Coast walk/cycle/ride is an event that thousands of people from around the globe flock to England to participate in. Alfred Wainwright was the genius behind this exciting journey that takes you through the off beaten paths around England. Back then, Wainwright just walked around England.

Today, people take on Wainwright’s path by walking and cycling. The 5-day event meant that people had to use the path that Wainwright created long ago and stick to the path as closely as possible. This is a challenge because England isn’t the same as it was during Wainwright’s time. There are new buildings and new roads that have been created that could make following the original path a bit tougher. Participating in this event meant you get to go see the England that tourists don’t often see.

England doesn’t have a lot of diving spots, but there are some places that you can still go to in order to have your underwater adventure trip. At the Scapa Flow in the Orkneys, you can go on a diving expedition and explore the warships and destroyers that sank off this coast during the World War I. Marine life had taken over the sunken ships so you can see the beauty that sprung up after the devastation. There are beginner courses that you can take for less than £100. There are also longer expeditions that can set you back £500 or more.

If bungee jumping is your thing, you can go to the Transporter Bridge in Middlesborough to get your fix. This is the only bridge in the UK that allows bungee jumping. Satisfy your bungee jumping craving with this 200 feet high jump that lets you fall head first to the Tees. The freefall won’t lend you any picturesque views as you go down but it is still worth it. Not many people can say that they bungee jumped in England.

Sailing is another way that you can explore England from a different point of view. From the Tower Bridge you can sail through to Devon, north Cornwall, Isle of Man, the Scottish Islands, Edinburgh and then come on back to the Tower Bridge via the east coast. Sailing through all these places can take more than 2 weeks so plan your vacation accordingly. You can opt to sail through only a few of the 60 stops that this tour offers or you can go on a limb and go through all of them.

These and other lesser known adventure tours in England are steadily gaining popularity as people are recognizing the need to really discover what else England has to offer other than the city tours and normal tourist attractions. Let your wanderlust take over and book a tour and find out more about England’s hidden gems. 5 Responsible Ways to Snorkel with Mantas An Adventure Guide to France 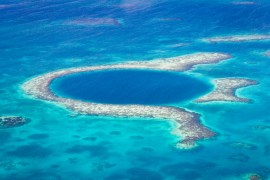 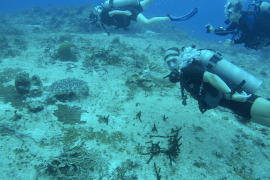 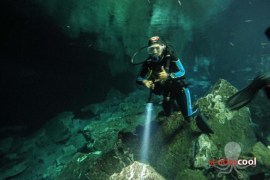