NYE for me seems to have an ongoing theme, and that’s of me puking. I was thinking about what I did last year and where I was, and that was me hovered over a dirty nasty public toilet.

I kicked off the New Year in Yogyakarta, Indonesia. I spent the evening with strangers and a man who identified himself as, “The Clint Eastwood of Yogya.” He snuck in a bottle of Johnny Walker Black Label that can’t be found anywhere but the airports because of Java’s strict liquor laws and offered to share some with me. I was also with another group who I met from Instagram, and they shared arak (Indonesian moonshine). So I was mixing apple flavored rice wine and whiskey. I know better to be mixing, but I’m a glutton for punishment and never seem to learn my lesson.

I barely made it to the new year. I began throwing up in the restroom of the bar I was at and recorded a video of me pissed off as I transitioned into the new year with mascaraed smeared eyes and puke breath. Grrrreeat, Celia. You’re so typical American now.

Not my finest moment.

This is the third year I spent it vomiting, but this time in Te Anau, New Zealand. It’s like I’m marking my territory. “It’s not a new year without spraying all over the place like a dog, right?” …says no one ever.

But I’m proud it wasn’t my fault this time. I got a 24-hour bug the day before NYE, so my stomach was too sensitive to drink much.

I ended up meeting with a friend I met while sailing across the South Pacific. We met at a boatyard on a tiny atoll in French Polynesia over a conversation about the shitty wifi and trying to identify who bought out all the chicken leaving us stuck with canned foods and pasta. Then we found each other again in Tahiti where we were both stuck for what felt like an eternity due to boat delays. Then again in the tiny town of Te Anau. She was staying at a motel across the street from where I was staying. Life is funny.

We gave each other a big hug, had a glass of champers (I wasn’t going out like that with no champagne into the New Year), and then walked a few minutes before midnight to the lake where fireworks were scheduled to go off.

For a small town, I was a bit impressed by the amount of buzz. The usually quiet streets were lively with music and crowds.

Wait, what? I didn’t countdown! Nobody counted down! I feel cheated. Why wasn’t there a countdown!?

All whining *cough*wining* aside, it was a pretty perfect display with unobstructed views despite the rainy weather. I loved that I could show up a few minutes before, not have to elbow my way through the crowds, and even more – I remembered it all!☺ 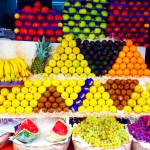 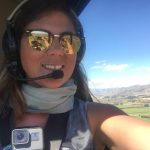 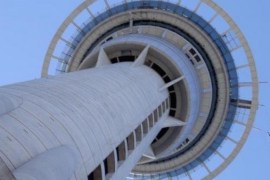 Know Before You Go to Auckland